Enjoy my profile from the Center for Church Music, Concordia University Chicago
www.youtube.com/watch?v=jz7X9qxbk4E
About Me 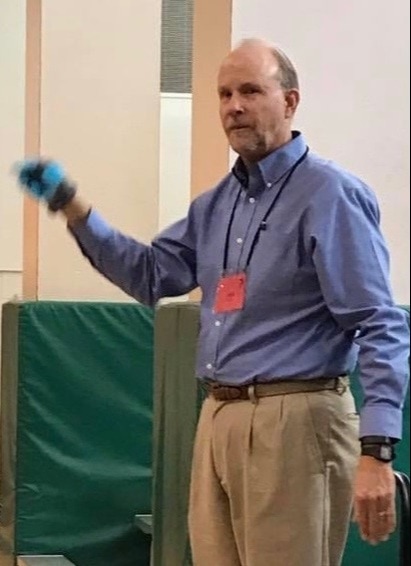 I consider myself a "church musician."  I began playing the organ in high school and I'm still playing today.  I love conducting a bell or a vocal choir.  And I enjoy composing and arranging having over 500 handbell, choral, and organ compositions in print with eighteen different publishers in the United States, Germany, Hong Kong and Taiwan, including my own label, JAB John Behnke PUBLISHING. (see my JAB Publishing page)

Currently I am the organist at Trinity Lutheran Church of SW FL in Port Charlotte, FL and a Board Member of the AGO Sarasota/ Manatee Chapter.

​I served 13 years as Music Editor for AGEHR Music - Handbell Musicians of America, 13 years as the director of the Milwaukee Handbell Ensemble and 29 years as Organist and Choir Director at Historic Trinity Ev. Lutheran Church in downtown Milwaukee, WI.  And I was named Emeritus Professor of Music at Concordia University in Mequon, Wisconsin where I taught organ, graduate handbell courses, and directed The Alleluia Ringers, Concordia's touring handbell choir for 29 years from 1986 until August of 2015.

In July 2020 I was greatly honored to be named an Honorary Life Member of the Handbell Musicians of America.  In 1993 I was also honored being named "MVP" Most Valuable Player in the Milwaukee area by the Milwaukee Sentinel music critic, Nancy Raabe. And I received an ASCAP Composers Award each year from 1998 through 2013.

I graduated from Concordia-River Forest, IL in 1974, received a M. Mus. in Church Music and Organ from Northwestern University, Evanston, IL. in 1978. And the D. Mus. was awarded to me in 1984 by Northwestern University.  From August 1978 to July 1979 I studied at the Westphalian Church Music Institute in Herford, W. Germany, where I passed the "A" Exam in Organ with the grade of "1-Excellent".  I also was the organist at the Pauluskirche in Spenge, Lenzinghausen, Germany during my time there.